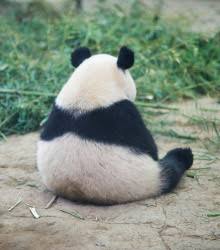 I feel so down right now. Just when I thought I was already at rock bottom, I sink deeper. There are moments when I think I should tell someone but then I snap out of it and realise I can’t. To tell somebody would be the end of this life as I know it. Until I know what the fuck is going on with me, I certainly don’t have anything to look forward to in a new life. If I told my wife, I would be destroying her world, just like that. I can’t do that to her. I love her too much. My best friend has a lot on as she prepares for the London Marathon in a few weeks. She’s stressing out about it as it is. I can’t put this on her too. That would be really fucking selfish of me. That’s it. There’s nobody else I could trust with something like this. It’d be easier to tell somebody I’m not too close to. They wouldn’t care enough about me for this to matter. But I’d only be using them so I had somebody to talk to. That’s not fair of me to use them like that. So that just leaves me on my own. Much like any other night. I have people around me but I still feel isolated and alone. I finish work, I go home and I want to be alone as I fall apart inside, spending the night trying to find peace or distract myself without anyone knowing. Tonight is slightly different though. Tonight, the thoughts don’t make sense. But that’s all I have. Oh, and a bottle of Jack Daniels. I know, this is becoming an issue but to be quite honest, I don’t know what else to do. I’m so close to tears as I write this. Tonight I am struggling more than ever to just exist. Alcohol is helping to calm this weird void in my head. I don’t have to explain myself to a bottle of alcohol. It asks no questions and it doesn’t judge me. If anything, it lets me be who I am.

My dad emailed me before. I was really blunt with him. I don’t mean to be. I’m just really struggling to give a shit about his weird twisted view on the world. I’ve told him before he needs to stop acting like the world is out to get him. But no. When I tell him stuff like that, he doesn’t like it and stops emailing me. Well after my reply to him tonight, telling him how the world is, I don’t expect an email from him for quite a while. Probably for the best. He doesn’t need to be involved in this and he certainly shouldn’t be in the firing line. Nobody should, which is why I’ve just shut myself away in another room whilst I write this.

As I look around the house or just wander aimlessly, nothing appeals. Like I have no destination or purpose. I don’t want to watch tv, I don’t want to play guitar, I don’t want to play drums, I don’t want to make conversation…I don’t want to do anything. I don’t even want to think. If I ask for medical help, I would undoubtedly have to explain why I feel so down. I can’t. I’m just not ready to make certain admissions yet. Holding on to this state of limbo is all I have left. I know I’m not 100% male…but I’m not ready to admit what I think I may be. Can’t I just have this moment and to stay in this limbo for a while longer? A part of me is now thinking about the strong painkillers I have. A few could take the edge off. Space me out a bit so I don’t just descend into my own thoughtless head. If anyone asks, I have a headache? No. I shouldn’t give in to just taking meds. Trying so hard not to do it and to fight the urge. Having a bottle of alcohol right here next to me is bad enough without resorting to strong painkillers as a crutch.

This song sums me up right now. I’m such a fucking mess. I feel sorry for anybody that knows me, or ever knew me.

Ok, this is a blog. A bit like a diary. A bit like a book. A lot like waffle. All views expressed are my own. Not that I should have to point that out, but I wouldn’t want anybody to get upset over anything.

Everything is in date order, with the latest stuff shown first, so in order to understand everything it’s probably best to start at the beginning with the first post: Why Am I Writing This? You may also find something useful in the About Me section too.

I’m usually found chirping on about something or other on social media but I’ve never written a blog, so this is all new to me. I don’t know what to expect or what I’m actually doing!! Feel free to leave comments or get in touch if you have anything nice to say. Assuming anybody even reads this at all!!